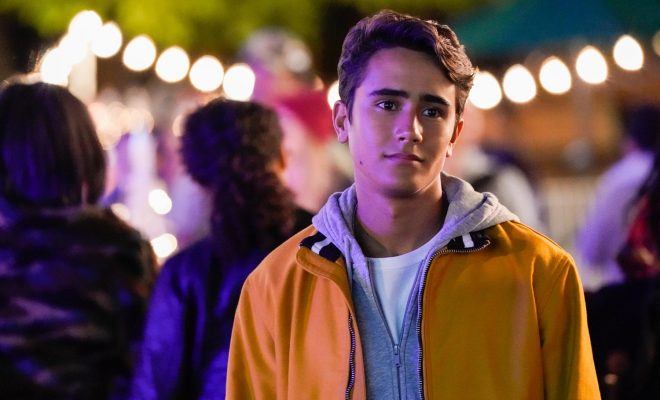 Finding Who You Are: Breaking Down Victor Salazar From “Love, Victor”

Spoilers ahead for Season 1 & Season 2 of Love, Victor

Hulu’s Love, Victor has given us a gift with all these fascinating, complex characters. Here I want to break down the main character of Love, Victor: Victor Salazar. We’ll look at how he finds himself over the course of two seasons, rejecting societal stereotypes for masculinity and homosexuality in the process and starting the journey to find who he really is.

When we first meet Victor, he really defines himself by what he can be for other people. His mother describes him as the family rock, the child she never had to worry about. He’s desperate to fit in at school, he has moments throughout the first season where he’ll put himself in places where he’s obviously uncomfortable because he thinks that’s what is expected of him. A good example of this is in the first episode when he goes to Mia’s stoplight party. (Quick side note; if you’re like me and did not know what a stoplight party was, it’s where people wear different colors to indicate their sexual availability. Green is for single, yellow is for ‘complicated’ or ‘might be taken’ and red is for taken.)

He wears yellow because he and Mia might have a thing going but he is pressured by all his new friends on the basketball team to cover up with a green jacket because yellow makes him look desperate. It’s a minor thing but it sets the tone for where he is at the beginning of the show. Beginning Victor is a person who fades into the background only to come out when people need him not when he wants to be heard and he doesn’t like that about himself.

In fact, it’s this insecurity that pushes him to reach out to Simon Spier in the first place. He went into his first day of Creekwood hearing stories about how this alumni Simon had kissed his boyfriend in front of the whole school and everybody had cheered, but when Victor realized that real life wasn’t going to be like that, that he was going to be pushed to conform to these hetero-normative rules he was looking to get away from, he messages Simon on social media to lash out.

But, unexpectedly Simon replies and Victor now has this sounding board, someone who will do nothing but listen to him. He’s been stuck for so long being the sounding board for everyone else that now having someone he can tell anything to is life-changing, it’s a catalyst for character development. Within a few episodes we see Victor who would always shrink away from conflict stand up to his grandparents who tried throwing his gay friends out of the house. It’s here he starts expressing his desires and his problems out loud to the people in his life.

There’s this moment in the middle of the first season that I think about a lot where Victor catches his parents fighting, looks them dead in the eye, and tells them that they need to do better. This moment really stuck out to me because a few episodes before Victor was in denial about his mom’s affair, or was lying to his mom and telling her he forgave her when it was clear he still held a lot of resentment. And then here he is standing up for himself.

When he figures out how to do that, that’s the turning point in his whole character because he doesn’t stop standing up for himself, not for long. Especially after he comes out. There are many problems with how society views gay men but one of the ones that this show addresses beautifully is the rampant stereotyping of the gay community.

Victor is gay, but he’s also an athlete, and he’s not particularly fashionable or particularly feminine, but he’s not masculine either. So what is he? Well, Creekwood High can’t figure it out. Victor’s teammates decide that they don’t want him changing with them, because all gay men just can’t control themselves apparently. However, on the flip side,  when introduced to Benji’s friends they tease him for being into sports, calling him Benji’s perfect ‘straight boy fantasy’ or a ‘jock in recovery’. This leads Victor to utter the line; “Apparently I’m too gay for the locker room but I’m not gay enough for Benji and his friends, so where do I belong?”

Oof, right? Well, that’s a struggle that many gay people face every day. If they don’t fit into these little boxes, they are othered even in a community that is already othered and it’s horrible. It feels isolating when it shouldn’t. No one fits perfectly into one box or another, human beings aren’t built that way. But the question of “Where do I belong?” haunts every member of the LGBTQ+ community.

It’s heartbreaking to watch Victor go through that, but it’s awesome when he takes a breath and figures it out because he knows who he is. He is Victor Salazar, he loves basketball, he loves his family, and yes he is gay but that doesn’t mean he has to fit into boxes no matter how much people want him to. So he tells off the captain of the basketball team and muscles his way right back on the court and we love to see it.

I do love how this moment ties back to a moment from the first season where Victor played basketball with a group of gay men for a day and was surprised to learn that they were all gay. Because along with being gay, they were all strong and tall and masculine. It really drives home how much stereotyping we do internally and that the first step to accepting ourselves is unlearning all of that. Victor obviously has by this point in season two, and now he’s gained the confidence not to shrink into the background when others are forced to react to him. By season two it’s pretty clear that he knows who he is.

Now if he could figure out who he liked, a lot of our problems would be solved.

Anyways, Victor Salazar is a wonderfully complex character with a lot more to dive into but with the risk of writing an entire novel on him, I’ll end it here. From a shy sounding board to an out and working on being proud gay man, Victor has gone through an amazing transformation in the first two seasons of Love, Victor and I cannot wait to watch him continue to grow in the third.

For more Love, Victor, check out our character breakdown video on Victor Salazar:

Happy Pride Month everyone! And if you’re not caught up on Love, Victor, you can watch both seasons on Hulu.