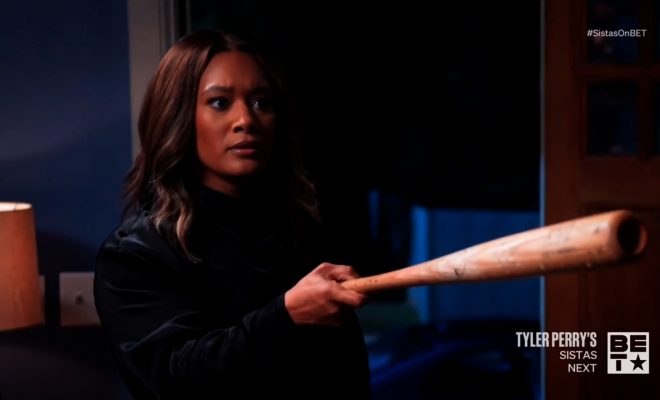 The Sistas 4B premiere date has been struggling with commitment chile. After an initial announcement in mid March with the mid season finale that Season four would return in about 2.5 months on June 29, 2022, fans reeled from the extended hiatus. Whether new episodes of Tyler Perry’s Sistas was premiering or not, fans keep the Sistas conversation going on social media wondering what the second part of Season 4 will have in store.

About a week ago it was announced via social media that Tyler Perry’s Sistas would return on July 6, 2022 with yet another delay extending the hiatus but the fans were not having it. And today, Tyler Perry confirms via his Instagram account that the network heard the fans cries and now Sistas Season 4B will premiere on June 1, 2022. Truly a win for the fans who desperately await more context on Karen and Aaron, “Whose the Daddy”, Fatima and her Hayden/Gary beat down, Sabrina and Bayo, and so much more.