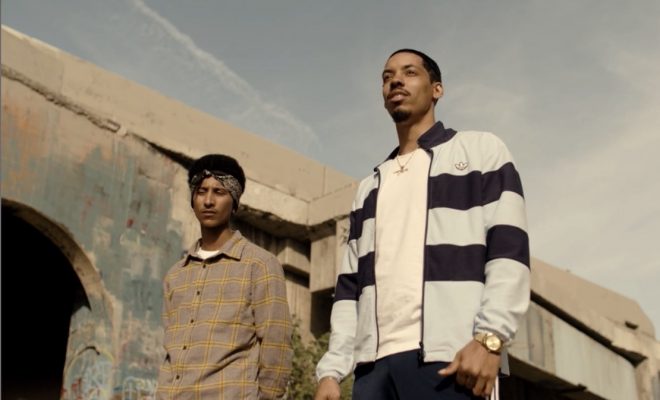 This Article was updated on April 18, 2021 by Chloe Hooper

Time to break down Season 4, Episode 2 of “Snowfall” titled “Weight”! We pick up right where Episode 1 leaves off as Franklin’s crew is executing their plan to end the Manboy and Skully gang beef. Honestly, I had a bad feeling about this whole thing from the jump. Franklin should’ve just kept his behind at home with his daddy because there was no way a plan involving Manboy and his crew would go off without a hitch.

Skully’s ancestors were looking out for him because he was definitely walking into a trap but something tipped him off making him fire a shot in the air that ruined the whole plan. We start to see Franklin crack as the plan goes off the rails and his crew has no idea if they were able to kill Skully. Everything is starting to weigh on Franklin this season and the once confident, cool and composed man is now a frazzled, injured and anxious boy. I do believe we are witnessing the start of his mental breakdown.

I think Franklin decided not to choose between Skully and Manboy and instead get them to take each other out and let the chips fall where they may once both leaders were dead, but that isn’t as clear in this episode so I’ll just put that in my speculation pile. And honestly, Franklin is rightfully anxious and living on edge. The plan to get rid of Skully backfires and now Skully is madder than ever. This failed mission has put a target on Franklin’s back because not only is Skully and his crew after Manboy but he wants Franklin’s head too. If we didn’t know before we know now that Skully is not the gangster to mess with. Manboy, on the other hand, has got to be the simplest, most predisposed-to-BS drug dealer that I have ever seen. Franklin has much bigger forces at work that are hell-bent on taking him down. He has no time to run around the hood squashing gang beefs when there is a journalist ready to out his whole operation, federal agents looking to take him down and a pure cocaine pipeline about to dry up.

It turns out I was right in the Episode 1 breakdown about Jerome, Louise, Alton and Cissy. They really aren’t rocking with each other at the moment. We see this after the shootout when Jerome refuses to go into his sister’s house even though he is clearly shook after blowing the head off of one of Skully’s men. Between the drug drama and the family drama, these two couples really need to pick a struggle.

Cissy and Alton have taken a step back in the business. I think Cissy is focusing on helping to clean the money through real estate and Alton is focusing on cleaning all of their consciences by running a shelter to help out those struggling in the neighborhood. Honestly, I think if Cissy were to step in and lead more Franklin could rest a bit easier but it is what it is. Everyone’s got to do what they’ve got to do for themselves I suppose. But if things keep going how they’re going, the grind and the stress is going to kill Franklin way before a bullet will.

I don’t know if I trust Franklin’s old flame. She seems too convenient, too helpful, too on point in a too volatile time. She might be setting Franklin up for the long con and that’s one more thing he will have to keep his head on the swivel about.

Over on Reed’s side of the tracks we see him trying to work out the pipeline issue with the cops in Tijuana who want $100,000 a week to let them bring cocaine across the border. It seemed like things were going to work out until these dirty cops killed Reed and Gustavo’s associate and his family to make it known that they are serious about getting their money.

In this episode, we also see Leon trying to go at it alone which is going to get him and his crew killed. This is obvious when he gets rolled up on while trying to cop from a new Mexican connect. I really need him to swallow his pride and make up with Franklin because they need each other.

Overall, Episodes 401 and 402 did a great job of catching us up and preparing us for what we’ll be experiencing this season. I think for the first time we will see Franklin truly struggle, even more than he struggled when he was in prison. He is going to have to keep making hard decisions and many of the hardest ones won’t have anything to do with the drug game. For instance, the shooting wasn’t the last that Franklin has seen from Mel and I believe he still loves her. In his line of work he can feel isolated real quick and you can tell that he is longing for partnership. I don’t know if that old flame is the one to fulfill that role but it needs to be somebody and I think at some point this season we will see Franklin try to see if it should be Mel. But I can’t read Mel right now in her walk with Christ and her recovery from her crack addiction, so I have no idea how she will respond if Franklin does try to get back with her.

Now it’s your turn! Do you think that Franklin is going to be able to gain control? Do you think Franklin is losing his mind? What are you looking forward to seeing most this season? Tell me all your thoughts and theories in the comments. You can also check out the full video recap of this episode below!