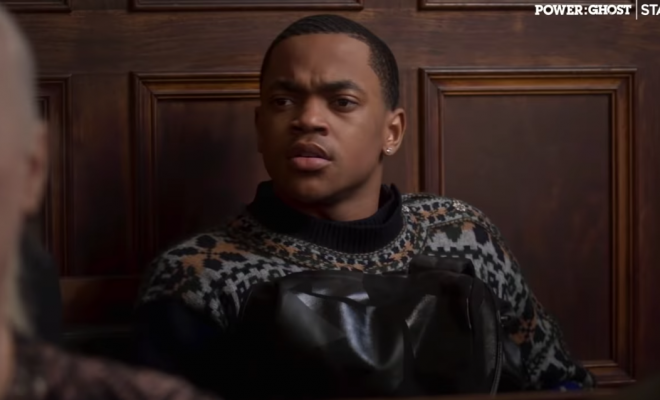 Let’s get into it. The first words spoken on the trailer are “It’s Mad Complicated” by series lead Tariq St. Patrick. Complicated indeed. When we pick up in episode 6 we will do so knowing that Saxe has Tariq on video confessing to Ghost’s murder, Professor Millgram just started smashing Zeke after her on again off again sex thing with Jabari, Tariq’s drug organization has taken off, he is in the makings of a serious love triangle with Diana and Lauren, Tasha is still in jail and Tariq and Brayden were robbed. Davis knows what really happened and has teamed up with Saxe to bring Tariq down even more. So that would be exactly right…. Complicated.

In the opening scenes of the trailer we see Effie which means the already fickle mess that is Tariq’s life is gonna get a lot messier. She asks Tariq “Haven’t you ever done anything that you had to do even if it was the last thing you wanted to do?” Well shit, I wanna know the answer to that Tariq because you did kill your father. My guess is this is Effie’s way in and an apology for turning him in at Chote and getting him expelled for selling drugs because she “needed” the drug trade to herself to pay for school. Girl, you still real sus so I don’t know about all that.

Tasha is on to Davis and is panicking a few moments later in the trailer setting us up to see that tension is gonna intensify real quick with Davis, Tariq and Tasha. Regardless, Tasha wants to protect Tariq and she has already tried to concede and take the years when she was worried that Tameka’s testimony would pull the truth out about Tariq. It will be interesting to see how they navigate this new hurdle as I don’t think she will fire Davis and Davis wants to win Tasha’s case and is not too concerned about Tariq.

It looks like the second half of season one sees Monet stepping up and holding it down by way of supporting Tariq. We see Tariq ask her for more weight and without hesitation she responses “I got you”.

Cane is getting crazier by the episode and it isn’t 100% clear but it looks like he is gonna have his Denzel in Training Day moment with Tariq and Brayden, testing their will and commitment to the game in some sort of robbery, murder… I don’t know what it is… He just wants them to commit a crime with him.

Midway through the trailer we see Lauren and Tariq getting a lil extra close but not before Diana can pop up, ask questions and put the press on Tariq.. By the end of season 1, I doubt he will be out of this love triangle… He has too many great options.