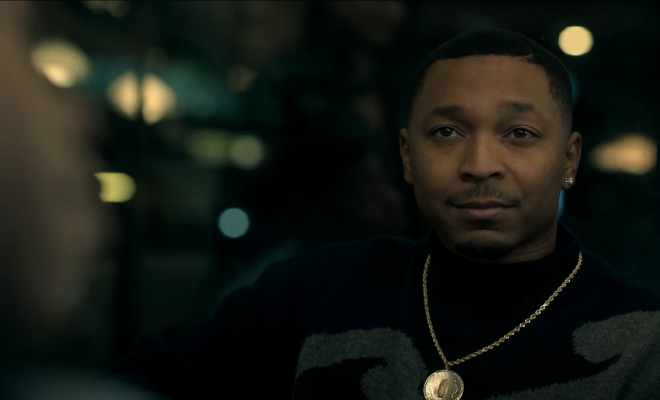 Like many great shows on TV, Power Book III: Raising Kanan features an ensemble cast of many memorable characters. One of these characters is Kanan Stark’s quiet but loyal Uncle Louis “Lou-Lou” Thomas. The youngest brother of Raquel and Marvin, Lou-Lou works with his siblings as a part of Raq’s criminal operation. This will be an ongoing Character breakdown of Lou-Lou over the course of Raising Kanan’s first season.

Loyal to a Fault

Lou-Lou, along with his brother Marvin, works closely with Raq as a part of their operation. Kanan describes Lou-Lou as being someone who always “gets the job done right”. This reputation has earned him a higher degree of trust from his sister, something that Marvin has not earned in Raq’s eyes.

But there is a cost to this level of trust, especially in Lou-Lou’s line of work. After Kanan and D-Wiz killed Buck Twenty, word started getting around that Kanan was responsible. In order to protect her son, Raq instructed Lou-Lou to kill D-Wiz to get the heat off of Kanan.

Instead of simply killing the kid, Lou-Lou first took D-Wiz out for “the best night of his life”. This includes drinking, partying, and hiring a prostitute to have sex with D-Wiz. This twisted display of kindness from Lou-Lou shows his internal conflict regarding the family business. He wants a life outside of the one he has, but his loyalty to the family keeps him trapped in the Southside.

We have yet to see Lou-Lou bring D-Wiz up to anyone since his death, including Raq. But the only one other than Raq who could reveal the truth is Jukebox, his niece. Jukebox saw D-Wiz get in Lou-Lou’s car the night he died. If this information gets revealed to Kanan, it will likely fracture the family that they treasure so dearly.

While he would likely say otherwise, Lou-Lou’s aspirations seem to lie in the music industry. This dream was discovered by Jessica Figueroa, Lou-Lou’s new girlfriend. Jessica recognizes his passion for the business and encourages him to pursue it. Lou-Lou’s apprehension is fueled by his belief that people like him aren’t meant to succeed like that.

It’s this apprehension that leads Jessica to tell Lou-Lou that she can’t do this for him. If he wants this, Lou-Lou has to be the one to put in the work. Only he can decide how he wants his life to go. Will he choose to break free from Raq’s clutches and follow his own path? Or will he relent and go right back to where he thinks he’s supposed to go?

I think that Jessica’s advice to Lou-Lou subtly shows that she can be trusted. She’s not using Lou-Lou for his money or trying to get close to him for information on Raq. Because if she was, then she would insist on helping Lou-Lou make it in the industry. And if she did betray Lou-Lou, then that would likely erase any possibility of him continuing his musical ambitions.