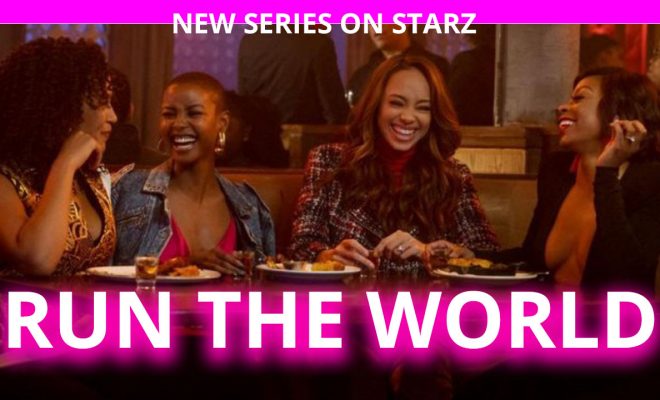 This Article was updated on December 26, 2020 by Erica Vain

RUN THE WORLD is a new half-hour comedy sent to 8-episode series order by Starz earlier this year. It is about a group of four black, vibrant, fiercely loyal best friends who work, live, and play in Harlem as they strive for world domination. The show is created and written by Leigh Davenport (Boomerang) and Yvette Lee Bowser (Dear White People) and is being produced by Lionsgate TV. Milicent Shelton (P-Valley) is set to direct episode 1.

This show is slated to be an unapologetically female show about friendship doing more than just surviving, YES we are talking about THRIVING! If this isn’t art imitating life I don’t know what is. I can totally relate as a young 30-something who has finally made it out of surviving 20-something and looking to thrive in the 30s.

You may also really love:

ZENDAYA and JOHN DAVID WASHINGTON in a NEW FILM

Next Story → Hulu Renews ‘Woke’ for a Season 2