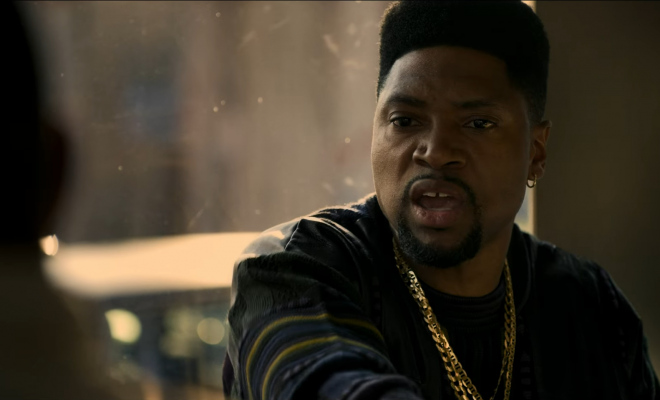 This Article was updated on August 16, 2021 by Riley DeBoer

Spoilers ahead for Power Book III: Raising Kanan, along with potential spoilers for the rest of the Power Universe.

One character archetype that often goes underappreciated, especially in dramas, is the comic relief character. They are often looked down upon for being too “silly” in a serious world. But moments of levity are essential for making those dramatic moments more impactful. In Power Book III: Raising Kanan, Marvin Thomas acts as that character. The food-loving uncle to Kanan Stark, Marvin assists his siblings in running their criminal operation in South Jamaica, Queens. This will be an ongoing Character breakdown of Marvin over the course of Raising Kanan’s first season.

Marvin Thomas is the oldest brother of Raquel and Lou-Lou, and the father of LaVerne “Jukebox” Ganner. Kanan described his Uncle Marvin as being loyal but also somebody who will “never miss an opportunity”. Despite this, his recklessness and loudmouth causes Raq to put little trust in him compared to his younger brother.

To make matters worse, Marvin will often go behind Raq’s back with his plans. He supplied Kanan with drugs to sell without his sister’s permission. But the more egregious example is when Marvin brought his nephew to the stash house only for Kanan to be held at gunpoint by Unique’s crew. While Marvin did manage to save Kanan, the damage to the stash house had already been done.

We already know that Raquel is willing to kill in order to protect Kanan. Will Marvin’s foolishness lead to Raq wanting him dead too? While Marvin and Raquel are family, she was willing to have a teenager killed for less. Marvin likely will want to ensure that his sister doesn’t find out about his actions in Episode 4, if she hasn’t already figured it out.

While his siblings were dealing with the aftermath of Buck’s murder, Marvin spent most of the second episode planning a party at Toni Deep’s club. While there, he formed a romantic connection with Toni after he protected her from a group of rowdy club-attendees. Marvin even gave her a new dog to replace the one that Raq had microwaved to death (It happens).

It looked like Marvin and Toni would be an unexpectedly endearing couple for the season. But they barely lasted two episodes before Marvin ended it, taking the dog he gave her with him. Marvin’s dialogue in this scene showcases much of his insecurities regarding masculinity and commitment. Although he seemed to genuinely like Toni, Marvin broke it off the moment she wanted him to be vulnerable. And considering that Jukebox’s mom is nowhere to be seen, it’s possible that something similar happened with her (or worse).

Speaking of Jukebox, another important element to Marvin’s character is his relationship with her. It’s clear that the two of them have some major issues in their relationship. Jukebox seems to be ashamed of him, even saying that she doesn’t sell drugs because Marvin regularly does. Meanwhile, Marvin can’t be bothered to know what his daughter is doing all day.

It’s been heavily implied that Marvin wouldn’t approve of Jukebox dating another girl. Given Marvin’s volatile nature, and how he reacted to mere suggestion of cuddling, finding out that his daughter is a lesbian would likely not end well. If he doesn’t learn to move past his outdated worldview, he may ruin his already troubled relationship with his daughter.