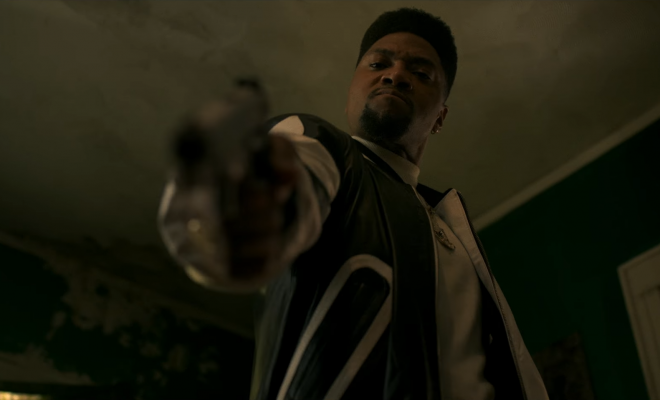 This Article was updated on August 16, 2021 by Riley DeBoer

Spoilers ahead for Episode 4 of Power Book III: Raising Kanan, along with potential spoilers for the rest of the Power Universe.

Boom. The slow burn of the two previous episodes of Power Book III: Raising Kanan left me feeling somewhat frustrated with the pace of the series. But after this week’s episode, Raising Kanan seems to finally be finding its footing. With tighter pacing and more compelling drama, Episode 4 of Raising Kanan was probably the strongest of the series so far.

The episode begins with the aftermath of the arrests made last episode against Unique’s crew. Growing more and more desperate by the second, Unique starts grasping at any straw he can find to help him win his game against Raquel. Unique hadn’t made a strong enough of an impression on me to discuss him in detail previously, but the character was more memorable here. His visible paranoia following the arrests shows his instability and will likely serve as part of his downfall in the future.

In need of a way to take down the queen, Unique makes use of a couple pawns. Specifically, by using Davina’s relationship with Kanan to find a weakness in Raq’s operation. Davina selling out Kanan was surprising but made sense given what we know about her mother. This episode provided greater narrative purpose to supporting characters like Davina and Symphony, which I appreciated.

Speaking of Symphony, Kanan and I seem to share the same opinion on the man (an opinion I made clear in my review of Episode 3). Jokes aside, Symphony’s presence in this episode was much better than it was in the last one due to his screen time. His character is meant to represent normalcy and how it contrasts with Raq’s world. Because of this, I think less is more when it comes to Symphony, at least for the time being.

Additionally, the reveal at the end of the episode finally made me interested in Symphony’s character. Fed up with Kanan’s attitude concerning Symphony, Raq signs her son up for night classes to get his grades up. Given the high-tension events of this episode (we’ll get to them), the details of Kanan’s night courses were the least of my concerns while watching. But Symphony now being Kanan’s teacher is a smart way to make use of the character going forward.

Beyond his relationship with Raq, Symphony was pretty irrelevant to the rest of the characters’ story lines. (This is a problem Nicole still suffers from.) But this new development helps remove this issue by injecting some much needed relevance to his character without feeling forced.

Jukebox gets a fair amount of play in this episode. For one, we get to see more of her relationship with Nicole. While I do still find Nicole to be a somewhat bland character, I have warmed up to their relationship quite a bit. Their scenes together in this episode are sweet and it’s nice to see Jukebox actually be happy.

I find it interesting that her musical ambitions are such a big part of Jukebox’s arc this season, especially given that these ambitions didn’t come to fruition in Power. She wants to make it into the music industry, to the point where she’s willing to risk her life to help finance her dreams. I wonder how much success she will find, if any, before giving these dreams up.

But the real meat of the episode was Unique’s assault on Raq’s stash house. Marvin bringing Kanan to help was a disaster waiting to happen. Saying it blew up in both of their faces is an understatement. Marvin’s recklessness continues to become more and more of an issue for him and his family. After almost getting her son killed, Marvin is sure to be in deep trouble with Raq. Hopefully, it won’t cost him his life.

The entire stash house sequence was incredibly intense and engaging. The pacing of this episode was great overall, but this sequence stood out for just how well it was paced. This was the first time I was genuinely worried for the characters’ lives. I was even worried for Kanan, which is impressive given his fate. Hopefully this episode’s tight pacing is the norm going forward instead of simply an outlier.

Overall, episode 4 was a refreshing change of pace for Raising Kanan. It made great use of previously underutilized characters and had a much tighter pace. This is the first time that the highlight of the episode for me wasn’t the ending, and the ending was still pretty good. I’m glad that this series isn’t wasting it’s potential for greatness that it had been showing.

Let us know what you thought of the episode in the comments below. Don’t forget to share on your favorite social media site if you agree with our thoughts!