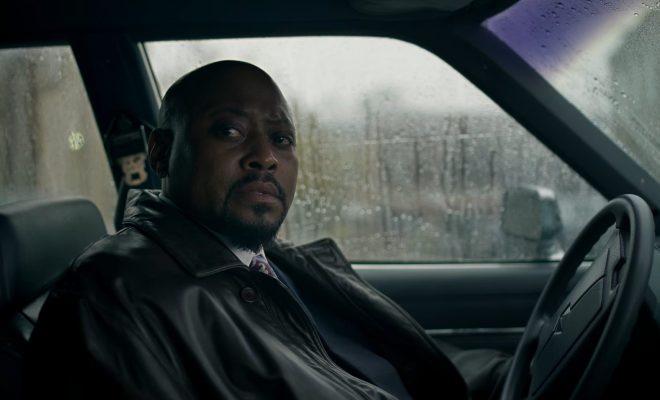 Spoilers ahead for Episode 3 of Power Book III: Raising Kanan, along with potential spoilers for the rest of the Power Universe

At the moment that Kanan Stark shot Buck Twenty, the spark lit a fuse leading straight to the center of South Jamaica, Queens. And now we’re just waiting for the boom.

After watching the third episode of Power Book III: Raising Kanan, when exactly this detonation will occur still seems unclear. The previous episode ended with D-Wiz being murdered on Raq’s orders, something which is sure to have major ramifications down the road. But this week’s episode keeps it relatively low-key considering the circumstances, with most of the series’ cast of characters continuing to go about their normal business.

Picking up one week later, Kanan is attempting to come to terms with his conflicting feelings regarding the deaths of Buck Twenty and D-Wiz. Seemingly unaware of his family’s involvement in D-Wiz’ murder, Kanan focuses most of his attention this week in making up for Buck’s death. Specifically to Davina Harrison, Buck’s girlfriend who Kanan also has feelings for, by spending the episode selling drugs in order to make enough money to buy her and her family groceries.

After spending most of the previous episode on the sidelines, it’s nice to see the show actually give Kanan something to do here. And although Kanan romantically pursuing the girlfriend of the person he secretly murdered is a bit morally grey (to put it lightly), the pairing of him and Davina is one of the more interesting romances in the show so far. It remains to be seen whether or not Kanan’s deception will weigh on him going forward.

Showing that the apple indeed doesn’t fall far from the tree, Raq continues to spin her own web of lies, with her own son becoming entangled in it. It’s hard to be sure to what extent D-Wiz’ death haunts her, but it certainly seems like it’s not her most pressing concern at the moment. But I really wish we could’ve gotten more from the fallout of her actions last episode, as it’s by far the most exciting plot line for me. We definitely got some of this in the ending scene with D-Wiz’ mother, but I would’ve liked to have seen more of this.

But instead, the episode decides to focus a large chunk of its time to Raq’s relationship with Symphony. The fact that the character with the coolest name in the show is also the least interesting part of it. In a show with multiple developing romances, how does the co-lead have the worst one? We don’t need multiple sex scenes between them followed by architecture focused pillow talk in the same episode. Especially when that time could be spent on an astronomically more interesting plot-line that was introduced in the cliffhanger for the last episode.

But that’s not to say that this episode has no interesting plots. Far from it, actually. One plot point introduced was about Detective Malcolm Howard, a character who I haven’t discussed much at all yet. The corrupt cop, who has been presented as being the brutal enemy of South Jamaica’s residents, was given a terminal medical diagnosis this week. This new element of the character makes him so much more interesting to me, with Omar Epps conveying Malcolm’s internal conflict very well.

But Raising Kanan’s standout performer continues to be Hailey Kilgore as Jukebox. The 22-year-old actress believably sells every scene she’s in and shows no signs of stopping. Given the dark direction that we see Jukebox’s life take in Power, I can’t wait to see how Kilgore portrays this change later on.

This new element of the character makes him so much more interesting to me, with Omar Epps conveying Malcolm’s internal conflict very well.

Episode 3 of Power Book III: Raising Kanan did a much better job than the last in balancing its use of its lead with its ensemble, but it just further adds to the length of an already lit fuse. This show has the potential to be an amazing exploration of the corrupting nature of pursuit of power, but we just aren’t there yet.

What we are instead left with is a burning spark making its way down the fuse. It’s enjoyable watching the spark and we’re excited to see where it goes. But as much fun as watching this spark is, we eventually need to see it explode. The question is: How much longer can they make the fuse before the spark goes out?

Let us know what you thought of the episode in the comments below and be sure to share on your favorite social media site if you agree!