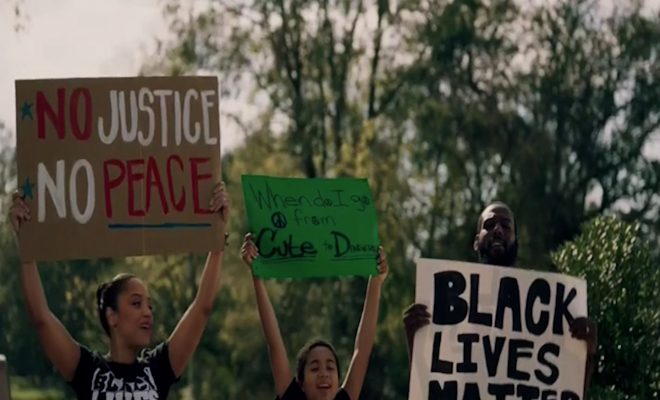 Every episode this season has started off with Ralph Angel and it’s either been Ralph Angel solo or Ralph Angel with Blue, Ralph angel with Darla and today’s episode is no different. We start off seeing Ralph Angel and Darla outside in her garden and they are discussing Blues amazing IQ test results and come to find out little boy Blue is a genius tested, proven and solidified. Go Blue!

After the credits sequence we get to see where everyone else is currently. Charley is struggling with sleep, kind of seems like she’s having nightmares or panic attacks, anxiety attacks plaguing her dreams in her sleep, she wakes up and she’s struggling with some neck pain and she feels very much so disoriented. I think this is the cost of all of the things that she has been taken on all the things that she’s had to deal with starting to catch up with her and manifest physically in her body. So I’m hoping that sis is going to be able to push through and recover but we spent a lot of this episode seeing her struggle even towards the middle where it seems as though she might be having a heart attack, but then once we get to see it actually start to play out I think she’s actually having a panic attack and struggling to breathe. So, I think that in the next few episodes we are really going to have to see what Charley is going to do to address her health concerns and address what is happening that is kind of putting her out of commission for a bit.

Hollywood is not being Hollywood and that’s to be expected he just buried his mom, watched a black man be killed on camera, came back from burying his mom to support one of his best friends and family members getting married he has a lot going on in his head. We do not see the optimistic, positive and forward-thinking Hollywood in this episode we really see a guy who looks like he’s taking life’s beatings and he’s here but he’s barely here and that starts to show a little bit of tension between Hollywood and Vi. This is really the first time that we’ve seen them like this, even when they disagreed in the past they still seem to be on one accord they still seem to have a very, very tight connection but in this episode the connection is gone. Vi is struggling to figure out where her place is and what she should say, what she shouldn’t say, how can she address it and how can she support but also hold him accountable and I feel like this is so many other black women especially now. A lot of the black men, okay black people, we’re struggling we’ve been struggling for a while with just the systemic oppression and the things that are set up in this country for us not to succeed.

I think it’s really great to key in on Vi and Hollywood’s relationship in this episode because it mirrors the majority of black women and black men relationships and not just romantic ones but even familial or friendships in reference to black women not knowing that black men need support.

They need love, they need someone to care but they also need someone to be able to hold them accountable and we’re trying, we’re walking in this really fine line of what we need to do in reference to supporting you versus what we need to do in calling you on your BS and not allowing you to fall into a place of depression and no return that’s not going to serve you either and I think that this was just beautifully depicted in this episode.

Then we see Nova doing what she can to help get the word out, to continue to spread and have her activism. We get Two Bit for a second which he pops up here and there. It’s so great to be able to see different parts of her previous life still manifest now because now she’s in this new relationship, she’s in this new house, she is going through trials and tribulations of like how to turn on her family and making bad decisions. So whenever I see Two Bit I think about how just the little bits of Nova that were really great and even though she has gotten better she’s evolved and atoned for some of the things that have happened and there are still some really great grounded parts of her that remain and I’m really excited about that.

Then we also see Micah who has decided to go to Minneapolis and to protest the killing of George Floyd. This is definitely one of the things that is weighing very heavily on Charley right now. She’s worried about Micah, and Micah’s stepping full force into his activism, into really letting his voice be heard and attempting to fight for himself and the people who look like him. It’s a really, really beautiful to see but I think that Charley’s character gives such a beautiful insight into what it’s like for the parents of these people who are putting their lives on the line to make a stand, to fight for us and to really evoke change.

I’m really kind of torn when it comes to Blue, Ralph Angel and Darla have gone full force and being very transparent and honest in their communications to him about what’s going on whether it’s the murder of George Floyd or Black Lives Matter or what it is for his existence as a young black boy in America. I’m on the fence because it almost feels like we’re robbing him of his innocence and all black men go through this at some point but it’s just so, so heart-wrenching to see on screen. We get a part in the episode where they’re making signs to go to Nova’s protest that she’s planning in downtown St. Joe. They have a further conversation with Blue about George Floyd calling out for his mother while he’s passing away during this incident and it just breaks my heart cuz if you could just see in Blue’s face the peel back layers of bliss and joy to the fearful truth.

It’s unveiling America and specifically black people’s place in America or how others see us in America to our young children and kind of stripping them of small slivers of hope and joy it just it really, really hurts to watch but it is also a very real fact of life for us.

This gets manifested when they actually decide to still protest, so Nova’s actual protest gets shut down since they don’t get the permit so Blue, Ralph Angel and Darla decide to protest on the side of the road and just use their signs to say Black Lives Matter and chanting all that. And of course the police roll up and want to start some mess. This is Blue’s very first experience with racism and with what could potentially happen to him when he encounters a cop and Ralph Angel handles it as best as he can but we can see that this definitely shatters him because Blue was only 10 and now he’s had this experience and it probably won’t be his last because we live in America and we’re black that’s ridiculous.

I thought it was interesting the route that they took when having Nova interact with Calvin’s daughter and specifically the conversation that they’re having around allied-ship, she is struggling very hard with white people’s place in America and within the systems of oppression that have been created and she feels very guilty and shameful even though she isn’t a person who perpetuates these things. This is refreshing to see because the majority of the people that we see when it comes to allied-ship, don’t necessarily register all that it takes to truly be an ally and like Nova said in the previous episode black people have a collective shame when a black person or a group of black people do something specifically with that society.

It doesn’t work the same way with white people especially when white people or white cops kill black people and you can just see the wheels turning for Calvin’s daughter and her actually adopting that little bit of shame and her adopting that feeling of like I really just want it to be different. I thought that this was really cool part of this conversation to include in the story because we don’t get to see this that often like we see tons of performative allied-ship, but we don’t get to see the full conversation of what real allied-ship looks like and by the end of the episode Nova reconfirms for this young lady what it looks like to actually be an ally and it’s clear as day.

I think that this is beautiful because I know last year we had the whole conversation around what can people do and I know myself as well as other black people were like stop asking me what can you do, do something. Like it’s not my job to educate you on racism because I did not create this, you did or white people did so go and educate yourself and go and figure it out and try to do your best to do better. I think that having this part to make a long story short, having this part in the story helps give potential allies tangible things that they can do without the token black friend being there to tell you like oh this is what you need to do to help me if that makes sense.

I also think that this is important to note because if you do not have allies in your immediate circle and I’m grateful to have a few like I have a few amazing people who are definitely allies and who definitely are anti-racist which to me that’s what true allied-ship is.

You can’t just not have an opinion or say I’m not racist if you’re not anti-racist, then you’re not ally and I’m lucky to have a few of those people in my circle. If you’re not lucky enough to have that then I think that this is good so that you can see that it is possible and there are people who are out here and actually trying to align with true allied-ship and not performative allied-ship.

Towards the end of the episode we start to see our main character take a take a trip down memory lane and we get to really see how they’ve grown how they’ve changed. I believe that this is a setup to spring us forward in the rest of the story for the rest of this season and we’re going to see not only how George Floyd’s death as well as a subsequent uprising has truly impacted and helped propel them forward in their growth as characters, but also the pandemic being mixed in with that and then their regular life things that are happening so I am definitely looking forward to episode 8.