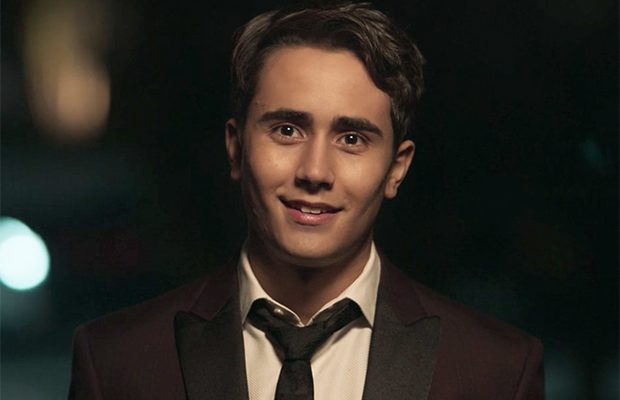 This Article was updated on November 30, 2021 by Riley DeBoer

Happy Pride Month everyone! To round out our coverage of “Love, Victor” here’s what I think is most likely to happen in season three.

Now first of all, who is our boy running to? Really, Victor was told to “imagine the person he wanted to spend the rest of his life with” and then he just took off running. Where is he going? Hear me out but I think he’s going to Rahim’s. It would make sense if he was running to apologize to Benji, he and Benji have been in an established relationship. He literally said his type was “Benji” but I think it’s a red herring. Rahim and Victor had a whole establishing episode, a whole romantic kiss, and Rahim said that if Victor ever figured himself out, he knew where he lived. We see Victor mapping to a house in the next scene. Why would Victor need a GPS to get from Mia’s house to Benji’s? They’ve been dating for nearly a year now, he should know how to get there. But Rahim? He’d need a GPS to get there.

Their relationship will be cute but I can’t see it lasting more than a season.

Moving on, I’m worried about Mia you guys. She never really made up with Victor and we saw her pushing Lake away near the end of season two. That means she has no one to turn to but Andrew as she runs away from home and towards the mother who abandoned her. She’s effectively isolated herself, which means that she won’t have anyone to turn to when this reunion goes south. Here’s how I think that’s going to go down; Mia’s mom is going to start off seeming like a cool person, probably more down-to-earth than her rich father, but that’s going to change. She reached out because she wanted something from Mia and Mia will not realize that until she’s completely alone with no one to rely on but her mother. It’ll take a long time but by the end of season three, she will realize her mistake and begin mending bridges with her friends back home. I’m less sure what will happen with her father, he’s made so many parenting mistakes.

Speaking of parenting mistakes; Isabel and Armando are getting back together. I think they’ll actually make it this time! They’ve grown so much as people over season two and they still found their way back to each other. That’s love.

Love is in the air, Pilar and Felix have kissed at the end of season two and by season three they will be dating. It’ll be a relationship they both need, Lake got Felix out of his shell but he needs someone who can relate to him, someone who stays up all night watching quiz shows or talking on his front stoop.  And it looks like Lake will be taken anyway, we all saw Lucy asking Lake out for champagne at the end of season two. That’s a date, I don’t know if Lake knows it’s a date but I’m excited to see how it goes. I’m doubly excited because it means we’ll probably be getting some bisexual representation in the third season. Bisexuality is underrepresented in media, I’m crossing my fingers and hoping this will be good.

As for the overarching themes season three might address; I suspect it will build on the themes of mental health season two brought forth. This storyline will mostly revolve around Mia and her increasing isolation and Felix like it did in season two but I suspect Victor will also have a mental health crisis as he spirals out of one relationship and into another. I also think that season three will deal with the fluidity of sexuality, this show has mentioned several times that sexuality is fluid but has not yet shown it in its characters. However, now we have Lake who may be bisexual, and Lucy who dated Andrew at the beginning of season two but now is definitely showing interest in a woman.

Season three will definitely bring the drama and I cannot wait to see it. I do not want to wait a whole year, but I suppose we must. Go tide yourselves over and watch season two of “Love, Victor” on Hulu. What do you think? Can ten episodes tide us over season three drops?

← Previous Story Finding Who You Are: Breaking Down Victor Salazar From “Love, Victor”
Next Story → ‘Loki’: Episode 4 Breakdown