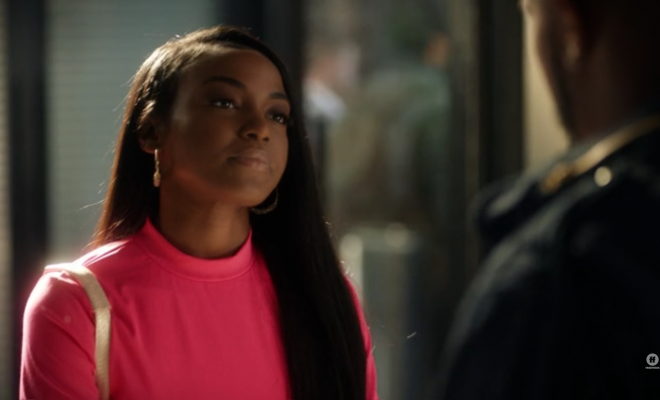 Zoey and Aaron have always had a complicated relationship from the start. They are always on again and off again.

One day Aaron would confess that he had feelings for Zoey, then Zoey would friendzone him. And then the next day, out of nowhere Zoey would kiss him, leaving the situation only that more confusing. And the cycle continues.

It seems like they are never on the same page at the same time.

But just when Zoey, has her mind made up about Aaron, with the intention that he feels the same way, he gets a girlfriend. Now, who is friend-zoning who?

Zoey and Aaron have a long history together. They met when Zoey was a freshman and he was a Sophomore. Since the meeting, they have always had undeniable chemistry together. Even when Zoey was dating Luca, Aaron always seemed to be there whenever she needed him.

However, we can’t say the same for miss Zoey Johnson. In fact, when it comes to supporting other Zoey tends to always fall through. The one time Aaron asked for her help in securing a job interview, she completely blows him off and forgets, leaving him stranded.

Zoey’s indecisive behavior has definitely been the culprit of many issues in their relationship.

However, Aaron is no stranger when it comes to blurring the lines of friendship and relationship either.

When Zoey was leaving the Dean’s office after just officially dropping out of Cal U to be Joey Badass’s stylist full-time, she ran into Aaron. After exchanging their goodbye he kissed her. And ever since then Zoey was unable to get him off her mind.

After thinking over, Zoey decided that when she returned home to Cal U during her break, she was finally going to confess her feelings to him. But unfortunately, it did not go as planned.

That is where Rochelle comes in.

During the brief time, while Zoey was away, he got himself a girlfriend. And apparently, a confidence boost as well, seeing as he was finally able to tell Zoey how she had made him feel over the last few years. And news flash it isn’t good.

After their talk, it really seems the end of the road for these two, but their undeniable chemistry keeps them coming back to each other. They can never seem to stay mad for too long.

Rochelle seems to notice how close the two of them are. Too close for comfort. And she tells Zoey to fall back from Aaron.

But when Aaron is in need of advice over what to do about the Dean’s offer, he runs into Zoey and asks for her help. She tells Aaron to listen to his heart and knows that if he accepts the Dean’s offer he will always live with the guilt.

Later that day, he also seeks advice from Rochelle about what to do and she tells him to take the money and run. At this point, he doesn’t know who to listen to.

Already confused about everything in his life, Rochelle tells Aaron to take a step back from Zoey. Even though you can tell he doesn’t want to, he decides to confront Zoey about it.

But during their discussion, things get heated, and she blurts out that she loves him. Way to do it while he has a girlfriend. But Zoey has never been one for good timing. Nevertheless, they hook-up, mind you while Rochelle is just a few doors down.

And just when I thought he was able to Aaron was going to stand his ground, and tell it how it really is, the first chance her gets he goes and cheats on Rochelle.

But not even a few days later they are seen holding hands strolling through campus, making Zoey look like a pretty little side piece. So who is going to be?

Now at a crossroads, he has to make several big decisions about his future.  On the one hand, He and Zoey have a long history together, not to mention feelings for each other. But, Zoey and Aaron have not always proven to be the most compatible. Drama seems to follow them everywhere.

On the other hand, he and Rochelle have not been together very long. But their relationship is far more stable than Zoey and Aaron’s by a long shot.

However, they both push Aaron to be the best version of himself. They constantly support his activism, and desire to make an impact on the world. But I guess it all comes down to Aaron and where his heart lies.

So who should Aaron be with? My money is on Zoey. I have been waiting for them to get together ever since season 1. I never imagined their road being this complicated, but there is no denying the feelings they have towards one another. Their relationship might be difficult, but what is not a fun surprise every now and then to keep the romance alive.

But only time will tell. Hopefully, the season finale will give us some much-needed answers.

LIL MURDA and UNCLE CLIFFORD might not get back together... FIRST LOVE!! | STARZ P-VALLEY SEASON 2
YouTube Video UCwsEBnYPDGhlF7IrbNTLKaw_s-_jZjoxpx0

AARON is NOT the DADDY... or... UMM. well! ZAC could still be the DADDY!| BET SISTAS SEASON 4
YouTube Video UCwsEBnYPDGhlF7IrbNTLKaw_XrfYVttU7zQ
Watch More... SUBSCRIBE