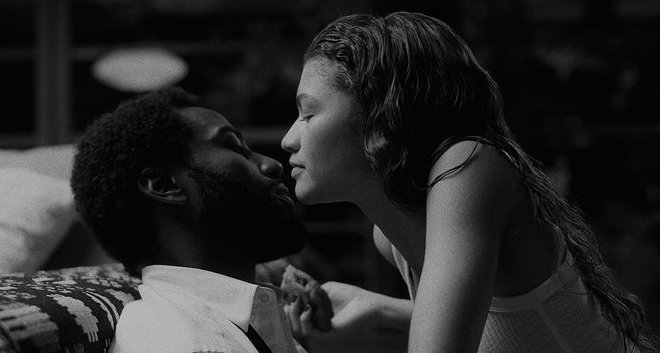 This Article was updated on December 20, 2020 by Erica Vain

Even though the pandemic delayed the filming of Euphoria season 2, that did not stop Zendaya, one of the show’s stars, and Euphoria director, Sam Levinson from producing a new movie set to air on February 5th, 2021.

After an intense bidding war, the highly anticipated movie starring Zendaya and John David Washington is going to be released on Netflix early next year. Netflix reportedly payed 30 million, beating out their other competitors HBO, Amazon, Searchlight, MGM, Apple, A24 and Focus Features for the rights to exclusively stream the movie on their platform.

How the Film Came to Be

Zendaya reportedly called Levinson soon after Euphoria season 2 was postponed in March inquiring about creating a film together. After six days, the manuscript for “Malcolm & Marie” was written.

“Malcolm & Marie” stars John David Washington as a successful filmmaker and Zendaya as his partner in crime. The premise of the film focuses on the intricacies of their relationship after the couple returns home after Malcolm’s wildly successful movie premiere.

The film is said to echo themes of the Netflix movie “Marriage Story” as well as incorporating modern day social .

Storm Reid , Zendaya’s co-star on Euphoria revealed to ELLE.com just how top secret the filming process was saying, “I knew that she was filming an project, but I had no clue she was shooting a movie and shooting a movie with Sam”

The secret film shot and filmed entirely during the pandemic in Carmel, California. Filming took place over a two period, commencing on June 17th and ending on July 2nd.

According to an exclusive interview with Deadline, the cast and crew followed strict safety regulations instated by the Writer’s Guild, Directors, Guild, and Screen Actors Guild during the midst of COVID-19.

During the filming process, many airtight procedures were enforced so that they could maintain a safe environment for those involved. Members on set had to connect with clinical experts, and lawyers before shooting could begin. Everybody working on the production of “Malcolm & Marie” had to isolate for fourteen days prior to shooting. Not only that, but the cast and crew members had to take various COVID tests and wear PPE during filming.

A broad rundown of conventions and safety practices regarding the filming process can be found in Deadline’s detailed report.