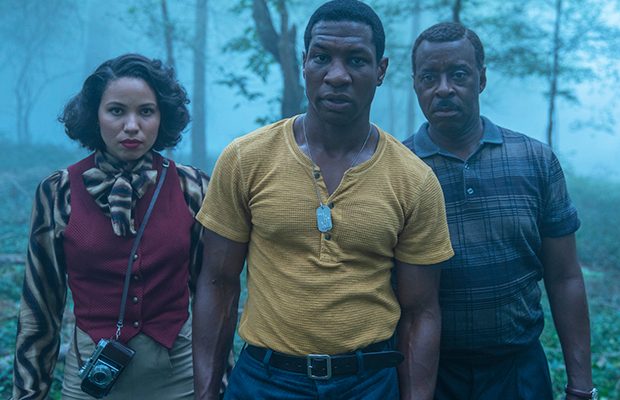 You saw our Emmy Predictions, but now’s the time to talk about the official 2021 nominations! Join us in checking out the nominations, and talking about the BIG snubs and surprises!

Lead Actor in a Drama Series

Sterling K. Brown- “This Is Us”

Lead Actress in a Drama Series

Supporting Actor in a Drama Series

Chris Sullivan- “This Is Us”

Supporting Actress in a Drama Series

Guest Actor in a Drama Series

Don Cheadle- “The Falcon and the Winter Soldier”

Guest Actress in a Drama Series

Phylicia Rashad- “This Is Us”

Lead Actor in a Comedy Series

Lead Actress in a Comedy Series

Supporting Actor in a Comedy Series

Supporting Actress in a Comedy Series

Guest Actor in a Comedy Series

Guest Actress in a Comedy Series

Lead Actor in a Limited Series or Movie

Lead Actress in a Limited Series or Movie

Michaela Coel- “I May Destroy You”

Paapa Essiedu- “I May Destroy You”

Snubs and Surprises of the 2021 Emmy Nominations

While AppleTV’s “Ted Lasso” snatched 20 nominations in total, a number of its other shows were shut out.  And among the most shocking shutouts is the Video Game comedy, “Mythic Quest.” While the series was able to secure a nomination for its narration (Performed by Anthony Hopkins), it was locked out of all major categories.  Most shocking was its snub for lead actor Rob McElhenney, who gave a vulnerable and nuanced performance during the second season.  This shouldn’t be too much of a surprise as the Emmys have historically ignored It’s Always Sunny in Philadelphia, a series by the same creators, but it does beg the question, “What do these people need to do to score a nomination?”

Netflix’s Comedy, “Emily in Paris,” received top honors Tuesday morning with a nomination for Comedy Series.  To say that this nomination shocked me would be an understatement.  The show has been nothing short of… polarizing.  With series like “Search Party,” “Mythic Quest,” and “Made for Love” not scoring any major categories, “Emily’s” inclusion in this category definitely came as a shock.

“Falcon and the Winter Soldier”

Except for Don Cheadle’s surprise nomination in the Drama Guest Actor category, Falcon and the Winter Soldier largely went ignored in the major categories.  While we were predicting Wyatt Russell to be nominated for his performance as the new Captain America, this did not occur.  With WandaVision scoring an impressive 23 nominations, it looks like Disney+ may have put all of their promotional eggs into one basket.

Coming into nomination day, I was questioning whether Emmy voters still had the love for Hulu’s dystopian drama.  The answer?  YES! The series received a whopping 21 nominations in total,  one being for Drama Series, and 10 being for individual performances. While we were predicting this to be the most snubbed series, it looks like the love for “Handmaid’s” is not something to question.

We were able to accurately predict every series nominated for limited series, but we still expected a little bit of Emmy love for Steve McQueen’s anthology series!  Boy were we wrong!  Despite John Boyega winning the Golden Globe for his performance, he and the rest of the cast were completely shut out!  The series was able to secure a cinematography nomination, but that is not enough!