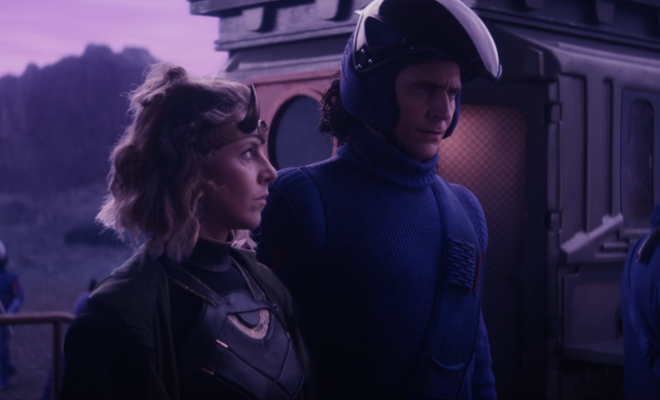 Another week, another Loki episode full of Easter eggs and references to the Marvel Cinematic Universe, the Marvel Comic books, and so much more. That’s why we’re here to break it all down for you and let you know what you may have missed from Episode three of Loki.

The ending of the previous episode revealed to us that the Loki Variant the TVA have been hunting down is an apparently female version of the character. This led many people (including us in our Episode Two Easter egg video) to assume that this would be the MCU’s interpretation of the Lady Loki character from the comics. This episode, however, revealed that the Variant actually goes by the name of Sylvie now. While this may seem like nothing more than a minor detail, there is actually significance to this name.

In the Marvel Comics, Sylvie is the name of the second version of the Enchantress (Different from the DC Comics version of Enchantress seen in 2016’s Suicide Squad. Which is for the best because the less this series has in common with that film, the better.) The first version was an Asgardian woman named Amora, who served as a powerful adversary to Thor over the years. The second version of the character, named Sylvie Lushton, also claimed to be from Asgard. In reality, Sylvie was actually a teenage girl from Oklahoma who had secretly been given her magical powers by none other than Loki.

The MCU has a history of combining different characters and plot elements from the comics to streamline their adaptations, and it seems like they are doing the same here with Enchantress and Lady Loki.

The primary setting of this episode is in the year 2077 on a moon called Lamentis-1. This may have been a shock to some people, as many assumed from the promotional material that this location was actually Vormir, which first appeared in Avengers: Infinity War. So, what is Lamentis-1 and why is it important?

Well, if we take a look at the comics, we’ll discover that Lamentis-1 is actually… honestly not very important. The Lamentis Outworld is the name of a planet on the edge of Kree space. While the Kree have played major roles in past MCU films, appearing most recently in Captain Marvel, Lamentis itself was of very little importance to the story of the comics and only appeared in a single issue in 2007. It is possible that Lamentis-1 will serve a much greater role in the MCU than it did in the comics, but I wouldn’t encourage any Lamentis fans out there to get their hopes up of this happening.

Lokis on a Train

The scene in which Loki and Sylvie are riding on the evacuation train features several important details that are worth covering here.

One of these details is that the conversation between the two of them confirms Loki’s bisexuality. (Happy Pride Month!) This makes Loki the MCU’s first LGBTQ+ character… kinda. The Netflix series Jessica Jones actually featured multiple LGBTQ+ characters, the most prominent one being lawyer Jeri Hogarth. What complicates this is that the Marvel Netflix series, which were originally meant to exist within the MCU, are now sort of in a state of canonical limbo due to their unceremonious cancellations and the casting of actors from them as different roles in the films. So until Kevin Feige definitively confirms whether or not those series are still considered to be in the Marvel Cinematic Universe, we’ll consider Loki to be the first.

The lighting and costume design in this scene features lots of blues and purples, both colors on the bisexual pride flag. Series director Kate Herron, who is also bisexual, has described how important it was to her to make this element of the character known.

Another detail in the train scene is when Loki is drunkenly celebrating with his fellow passengers. The song he sings is in “Asgardian”, which in actuality is just Norwegian. Additionally, Loki throwing his glass to the ground before demanding “another” is a nod to a scene in Thor when the God of Thunder did the very same thing. I guess Thor and Loki aren’t as different as they may have hoped.

The Truth of the TVA

As entertaining as it would be to see this in live action, it makes sense why they decided against doing this for the Loki series. But Gruenwald’s image lives on in Loki in the form of Mobius M. Mobius, whose appearance does in fact remain the same to how it does in the comics. We’ll have to wait to see how Mobius and the rest of the TVA react to the news of their existence and who exactly they were before the TVA

Did we miss anything? Let us know in the comments and be sure to keep up with all of our coverage of Loki.

← Previous Story “Love, Victor” Season 2 Recap
Next Story → Finding Who You Are: Breaking Down Victor Salazar From “Love, Victor”