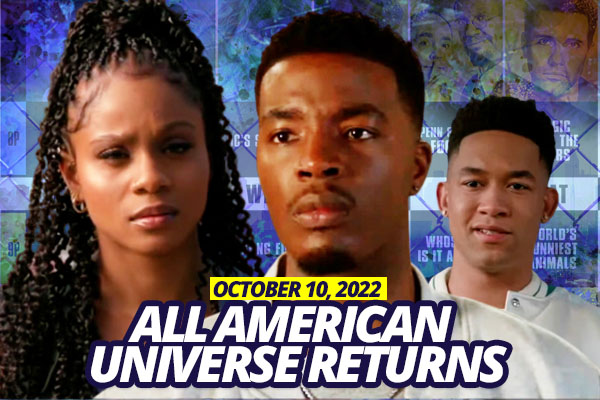 All American Season 5 & All American: Homecoming Season 2 will Premiere October 10, 2022

This Article was updated on July 5, 2022 by Erica Vain

The CW has announced that “All American” (Season 5) and its spin off “All American: Homecoming” (Season 2) will premiere on Monday, October 10, 2022 for a sure to be amazing double header night.

The All American Universe Returns on October 10, 2022

“All American” has been a network mainstay and main draw since its viral hit on Netflix after its initial Season 1 run on The CW. Many fans discovered the series on the streaming juggernaut and quickly became captivated by the fictional story of Spencer James based on the life of Spencer Paysinger. Fast forward to season 3 of All American, the series is at the height of the network bringing in some of the highest ranking and ready to expand it’s universe with the birth of its first spin off, “All American: Homecoming”. After a beautiful Season 1 of unexpected discovery, amazing repeatability and phenomenal performances by every member of the cast, “All American: Homecoming” earned a Season 2 order; which brings us to this premiere date announcement.