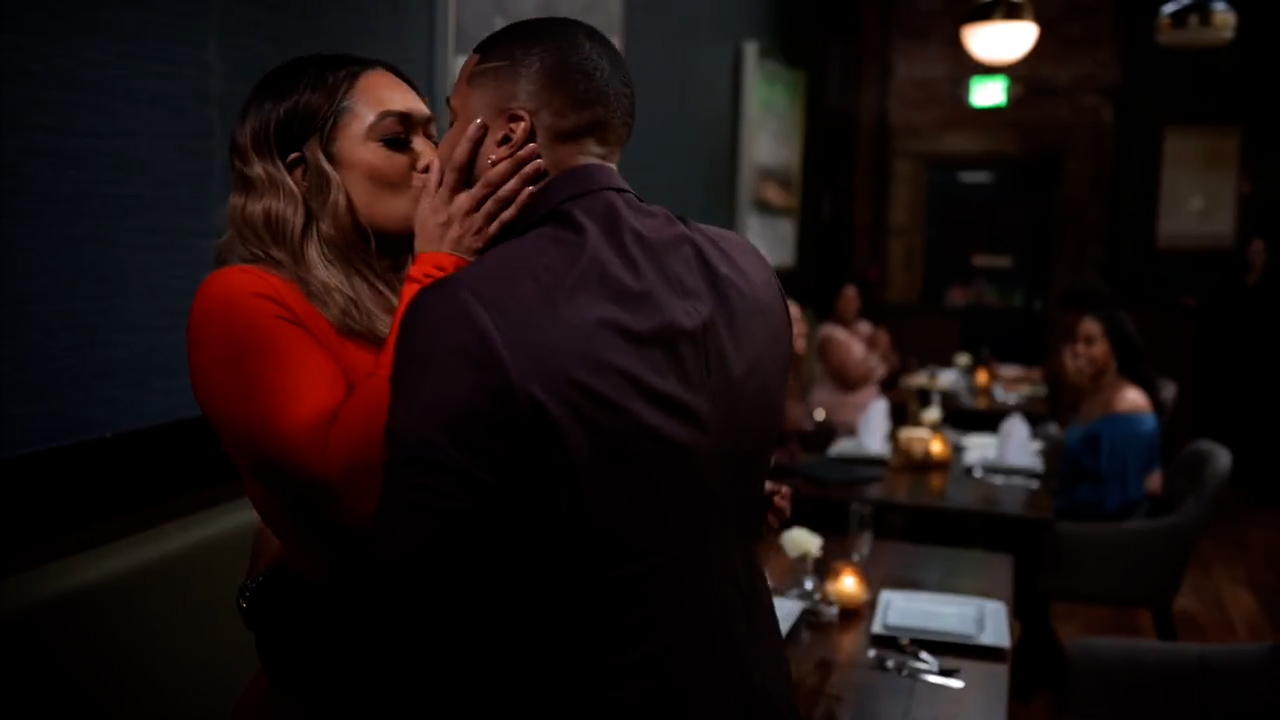 Zatima Sistas Spin Off is Coming to BET+

This Article was updated on August 29, 2022 by Erica Vain

The story-line of the, Zatima Sistas Spinoff, series is …

Zac and Fatima are young, happy, and in love. They have just moved in together, and they both agree: their lives are perfectly meshed, and whatever happened in the past does not matter. This approach to life and love works like a perfectly timed watch — until other people knock on the door, dragging the past (and the future) in with them, and kicking that perfectly timed watch straight across the room and into a brick wall…

What else will we see?

In addition to exploring the world via Zatima’s relationship we can expect to see some carry over from each characters Sista’s storylines, with Zac having fathered Karen’s baby as seen in Season 3 and Fatima navigating a growing friendship with her boss Andi.

Here are the characters that will make up Zatima’s World:

[ ANGELA ]30’s, Very Stylish, hip, beautiful – Fatima’s best female friend, Angela is dating Jake, but she has no idea that Jake’s best friend Zac is the man who is moving in with Fatima. After meeting with Fatima and getting the full story of their whirlwind romance, she demands to be introduced to Zac — and instantly realizes that she’s heard all about the shady corners of Zac’s life from Jake… SERIES REGULAR.

[ NATHAN ] Male, Black, late 20’s – early 30’s – Good Looking – A basketball buddy of Zac’s, Nathan is married to Carolyn, who treats him like a dog on a short leash. The father of her kids, Nathan has to jump when Carolyn orders him back home because the kids are driving her crazy. He ends up cheating on her with a stripper.. RECURRING ROLE

[ TONY ]Male, Black late 20’s – early 30’s – Another of Zac’s basketball buddies, Tony has an extremely negative view of marriage; he regards “love” as just another of the pitfalls that stops a man from having a rich, full sex life. He’s pretty bitter when Zac announces that he’s moving in with Fatima…RECURRING ROLE

[ DEJA ]Female, Black, Late 20’s – 30’s – a beautiful young woman that is so impressed by Zac’s duplex she wants to rent it on the spot. She gives him all her credit info and is ready to write him whatever checks he requires. She’s single, and remarks that she’s glad that there’s such a strong man who will be living right next door — a comment that hints at trouble down the line. As we learn, Deja is a nail technician by day — and a high class stripper by night… RECURRING ROLE

[ KELLY ]Female, 30’s, Black – professional, efficient, Kelly works the reception at Benson, Jones, and Leeland Law Firm. She informs Fatima that there is someone there to see her. When she sees Fatima’s reaction to her visitor, she asks if she wants her to ask him to leave… CO STAR/GUEST STAR

[ VALERIE ]Female, 30’s, Black – she’s a successful realtor who is wowed by the work that Zac has done on his house. When she learns he’s intending to flip properties, she offers to put together a list for him…GUEST STAR

[ JEREMIAH ]Male, Black, late 30’s, early 40’s – unkempt, a bit of a character, Zac’s brother, he shows up at Zac’s place looking for Zac. He clearly has no idea where Zac is. He gives off a weird vibe with Fatima, asking for Zac’s phone number, commenting on how posh the place is and asking to come in and look around…GUEST STAR /MAY RECUR.

[ GRETCHEN ]Female, 30’s-40’s, Black – all business, professional, Gretchen is an investigator with the Securities Exchange Commission. Straight to the point, Gretchen doesn’t take any bull. She’s tough and sticks to her guns as she interviews Zac…GUEST STAR/ RECURRING

[ DIAMOND ]Female, 20s-30s, Black – An irritable stripper at the club where Heather works, she wrongly assumes that Fatima is a new dancer who will give her unwanted competition… CO STAR/GUEST STAR

[ BOUNCER ]Open Ethnicity, 30’s A bouncer at the strip club where Heather and Diamond work, he has given Fatima permission to go backstage and confront Heather… CO STAR

[ CAL ]Male, 20’s, Black – he’s a gay hairdresser in Fatima’s salon who loves to gossip and spill the tea. He offers up some juicy information about Fatima’s friend Belinda…CO STAR

[ JEROME ]Male, 30’s, Black – This wealthy sports star is giving a huge, wild party at his mansion. He’s spending money like water and has hired strippers, including Deja, for the occasion. Zac’s pals conjecture that, the way he’s going, he’ll be stone broke in five years..CO STAR/GUEST STAR

[ MARGARET ]Female, 30’s, Black – Warm and sweet, she calls Fatima to talk about Ian who is dying of cancer. She has nothing but complimentary things to say about Fatima – and laments that Ian should have married her. She tells Fatima that it would mean the world to her and Ian if she would join them for dinner… CO STAR/GUEST STAR

[ LORI ]Female, 30’s, Black – Nathan’s wife, Lori is volcanic with rage; she is convinced that her husband is cheating on her, and she demands the right to search the home of Zac and Fatima. After tearing the place apart, Lori is profoundly apologetic — but in fact, her rotten dog of a husband is banging a stripper in the back yard hot tub…GUEST STAR