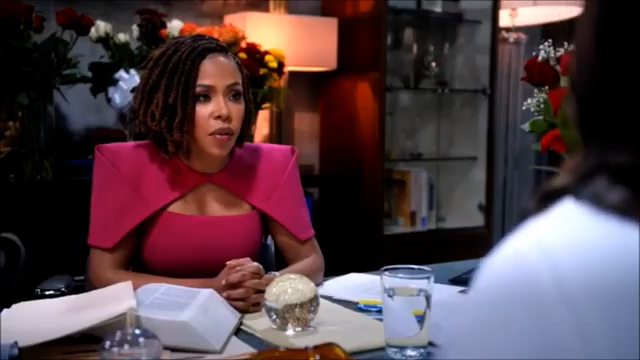 Tyler Perry is on a roll, with the announcement of the First Sista’s Spin Off Series, ZATIMA, coming soon to BET+ and the news that 20 New Characters will be joining Sistas Season 4 it seems as though TP is just getting started. Circling the web is the casting breakdown for the new actors used in Season 4 of Tyler Perry’s hit series Sistas and we have the full breakdown below. You can also check out our Youtube Channel for the full video breakdown of each character and how they fit in our favorite Sista’s storylines in Season 4.

LOGAN
(Late 30’s or 40’s, Black, Male) Handsome, but intimidating. Logan presents himself as a sketchy street guy who is probably a drug trafficker. Later, Danni discovers he is an undercover agent. His cover was so convincing, it is hard to believe he is an agent. He flirts with Danni, a gate assistant, while he waits. She is not interested and turns down all of his advances. Recurring.

HOWARD
(40’s – 60’s, Black, Male) Howard is Danni’s boss. Danni feels like a human trafficker may be at her gate but he doesn’t take her claim seriously. Howard is an ornery older guy, who happens to be one of Danni’s Supervisors.

TANYA
(30’s, Black, Female) Tanya is one Karen’s clients. She’s just finish getting her hair done and is waiting for her new date to pick her up from the salon. When her date arrives we realize he’s an ex of one of Karen’s best friends. Recurring.

In the trailer we see Karen confront Zac about potentially going to prison and with quite a few officers cast this season and a look at their descriptions its clear she had a right to worry. I mean Zac having fathered Karen’s baby and all, of course she would be concerned about the freedom of her unborn child’s father….

AIRPORT OFFICER
(40’s Open Ethnicity, Male or Female) The airport officer is called to address a concern that there is a passenger who is trafficking a young girl at the airport.

POLICE OFFICER
(20’s – 30’s, All Ethnicities, Male) The police office pulls ANDI and KAREN over. Both women are concerned when he asks them to step out of the car, only to find out that someone has played a cruel prank on them. The police officer turns out to be a good looking actor sent by Gary.

BAYO
(30’s, Black, Male) Very Handsome and charming. Bayo is an African Prince who recognizes SABRINA at a restaurant with her on again off again boyfriend, CALVIN. Calvin is offended when Bayo attempts to get Sabrina’s number while they are on their sate. *Must be comfortable speaking in an African accent. Recurring.

JOHNNY
(30’s,Black, Male) Johnny and Bayo are friends. He encourages Bayo to say something to Sabrina, not realizing she is on a date.

JAKE
(30’s,Black, Male) Jake is an investing and financial wiz that works with GARY. He assists ZAC with a stock he’s recently purchased. He and Zac develop a close friendship. Recurring.

DOORMAN
(30’s – 60’s, Open Ethnicity, Male) Building manage at ANDI’s high-rise. He congratulates her on her recent purchase of the penthouse in her building.

OFFICER KEARSE
(30’s – 50’s, Open Ethnicity, Male or Female) Zac has been arrested and Officer Kearse informs ZAC that his lawyers have arrived to see him.

KELLY
(Late 20’s – Early 30’s, Open Ethnicity, Female) Kelly is on a date with Preston when his ex-girlfriend, Danni, approaches them.

WILL
(40’s – 50’s, Open Ethnicity, Male) Will is a contractor working on ZAC’s new home. He informs Fatima that ZAX was arrested and he doesn’t know if he’ll receive payment.

AFRICAN GIRL 1 AND 2
(14 – 20, Black, Female) The African girls recognize Sabrina in the supermarket and ask for a photo with her. Sabrina discovers that her new lover is a prince and a picture of she and her lover are on magazines in his home country. * Must be comfortable doing an African Accent.